Chosen by global KPOP fans, the Best Artist and the Best Song of the Year are?

-Various artists other than BTS winning the awards, showing diversity in KPOP 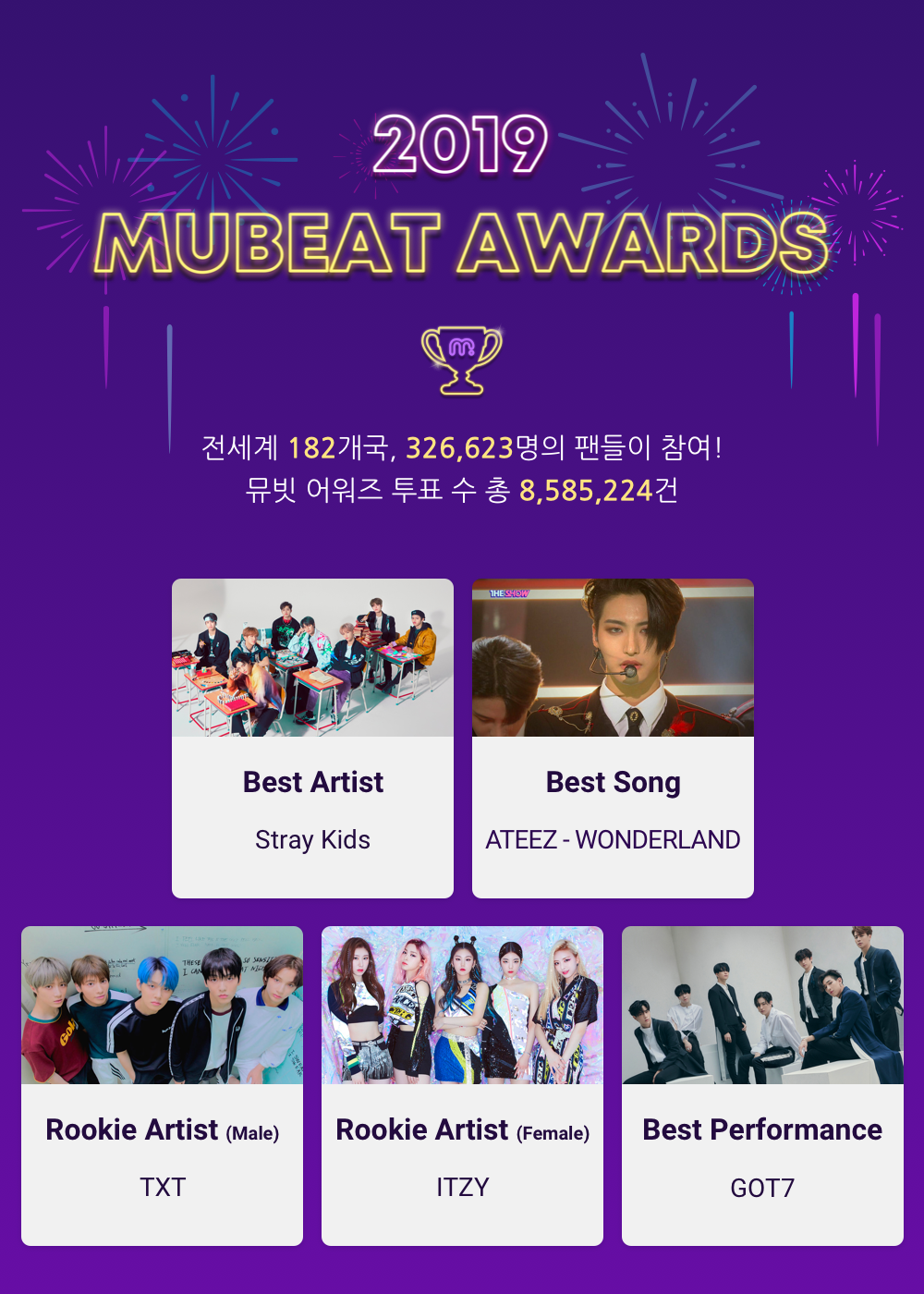 The voting competition in the Male Rookie Artist category was especially intense. The candidates were TXT, ATEEZ, ONEUS, X1, and AB6IX. The gap between TXT and ATEEZ was very close. In the end, with 2,896,192 votes (49.43%) for TXT and 2,895,625 votes (49.42%) for ATEEZ, TXT won the Male Rookie Artist of the year by 0.01%. On the 18th, the last day of voting, the competition between two KPOP fandoms was so fierce that the Mubeat server slowed down for a few hours.

The results of the <2019 Mubeat Awards> are now available on the Mubeat website (www.mubeat.tv) and the Mubeat app (Mubeat). Later, the Mubeat Awards trophy will be awarded to the winners, and their interviews will be uploaded on Mubeat.

Mubeat, which places its value in ‘All Things KPOP’, is a service that allows users to easily access music program videos from Korea’s leading broadcasting channels by artists, members, and albums. Mubeat not only has over 2 million downloads but also 1.2 million members from the Americas, Europe, South-east Asia, etc. Mubeat also offers artist communities for global fandoms of BTS, BLACKPINK, TWICE, EXO, TXT, ATEEZ, etc. Mubeat has also recently launched its services in Korea in January this year due to the high demand from domestic Korean fans. Mubeat can be downloaded in the Google Play Store and the Apple App Store.