-Collected over 55K KPOP fans from the Americas and Europe

The global KPOP video platform, Mubeat, has hit 1 million downloads. Mubeat is the Netflix of KPOP that provides official music clips from major Korean broadcasting companies such as MBC, SBS, KBS, MBC Plus, SBS Plus for international KPOP fandoms to enjoy conveniently by the artist. Clips since the debut to now of BTS, BLACKPINK, TXT, TWICE, EXO, ITZY and so many more world KPOP stars are available in one. Push notification is sent whenever there is a new video to help the users never miss out on any updates.

Mubeat has earned 100K downloads and 55K members in a year and 2 months since the beta opening on April 2018. Mubeat’s 100K download is especially remarkable considering how they have only opened in the Americas and Europe, without the launch in core KPOP fandom areas such as South Korea and East Asia. 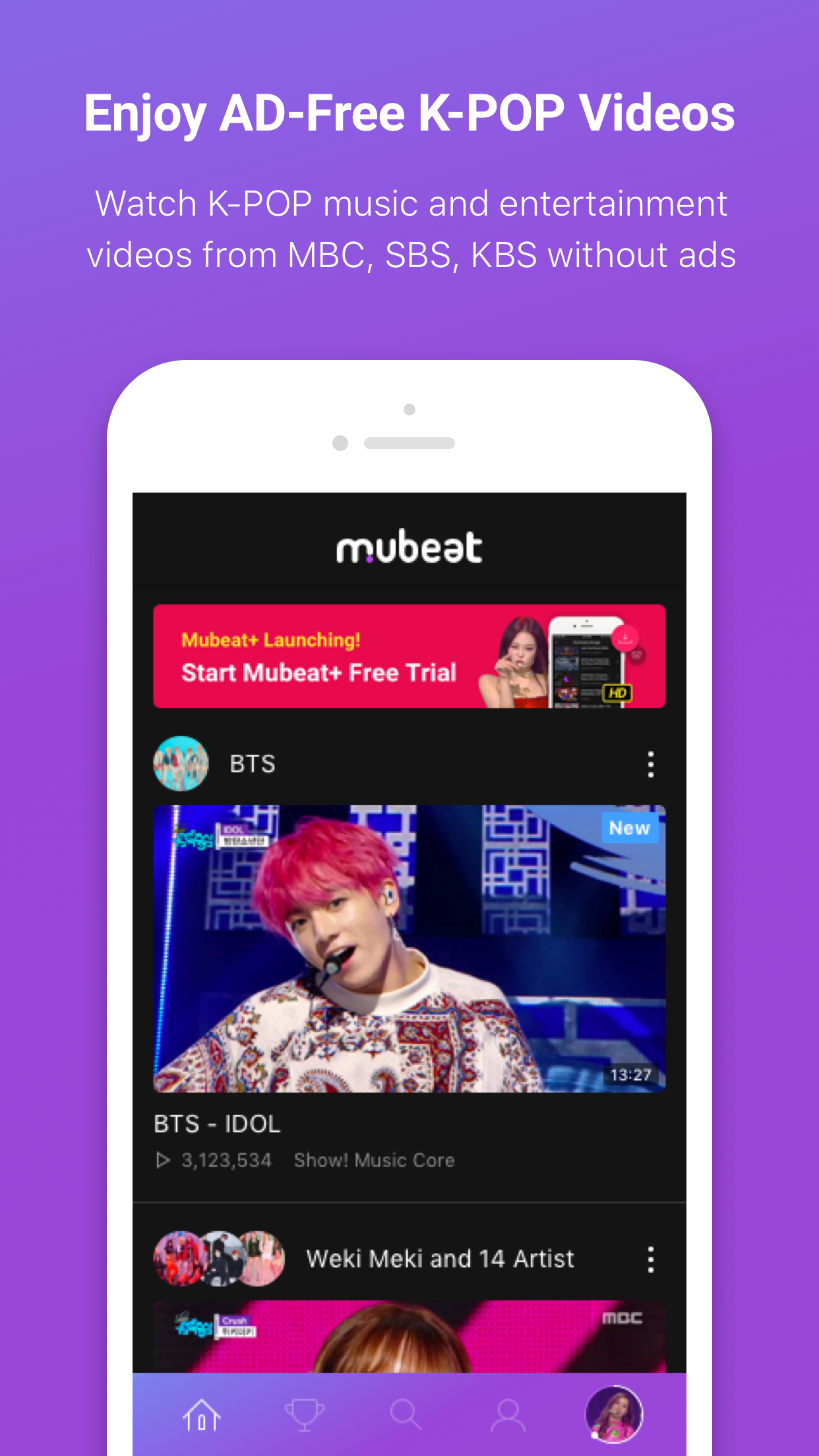 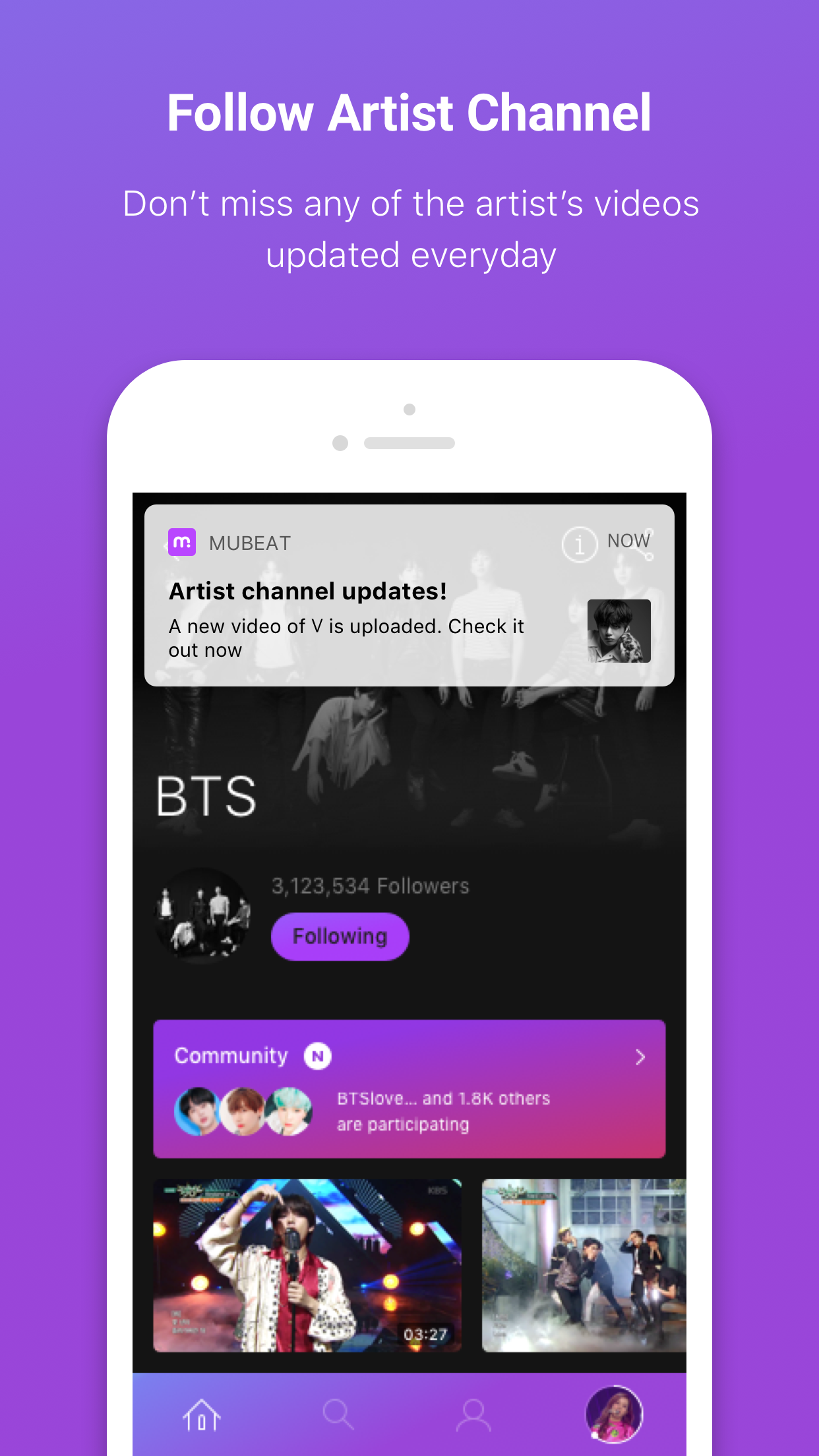 KPOP’s popularity was only concentrated in Japan, China, and East Asia in the past, but with BTS, BLACKPINK, EXO, and many more global artists’ power, its popularity has become a world phenomenon. Mubeat, which provides 5,000 artist channels and over 70,000 HD video clips, gives the users a convenient experience to enjoy various contents and functions in one.

Moreover, not only is Mubeat providing English, Spanish, Portuguese subtitles, which is one of the most needed function that international fans, but also Mubeat will be providing an automatic subtitle in Russian, Turkish, French, and 40 more languages in July. Along with subtitles, romanization, which is the Korean pronunciation in the alphabet is also provided on stage clips for the KPOP fans to enjoy the stage by singing along with their favorite artist.

Vertical screen mode to zoom in to your bias, HD fancams by artist, and many more functions just for KPOP fandoms are available on Mubeat. The more the fans watch the clips on the app, the view counts are reflected on Mubeat Chart in real time.

Mubeat is currently in service of the artist community and a video comment section where fans from worldwide can communicate with automatic translation beyond the language barrier and in the case of BTS community, there are 35K followers in its channel.

With the global KPOP culture spreading more and more, Mubeat, which is serving as a bridge for worldwide KPOP fans to gather in one, is receiving the attention to be gathering even more fans from all over the world with 100K download hit and its rapid development. Hence, Mubeat will be opening various events including KPOP QUIZ in a manner of appreciation to the users for the 100K hit. 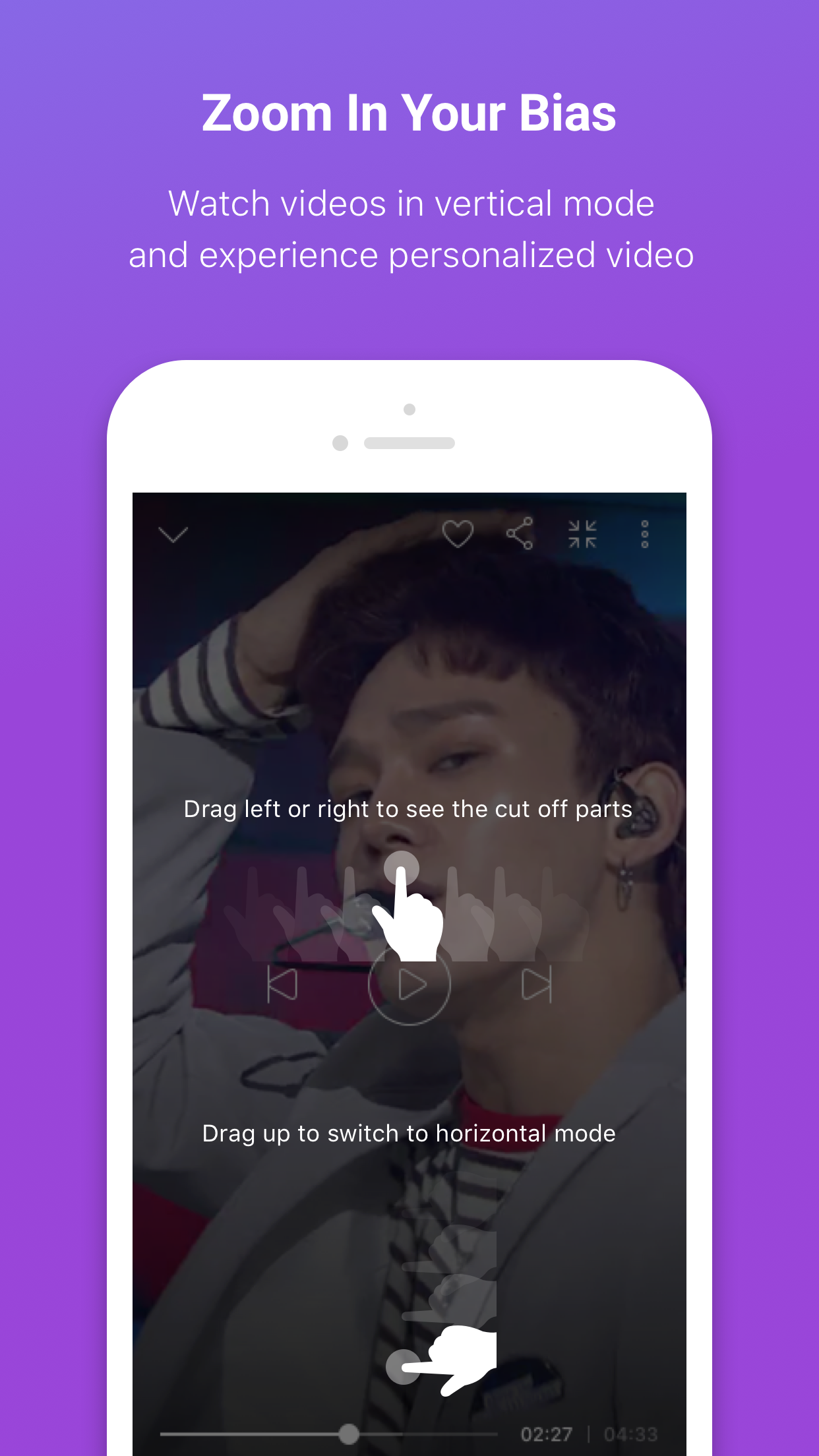 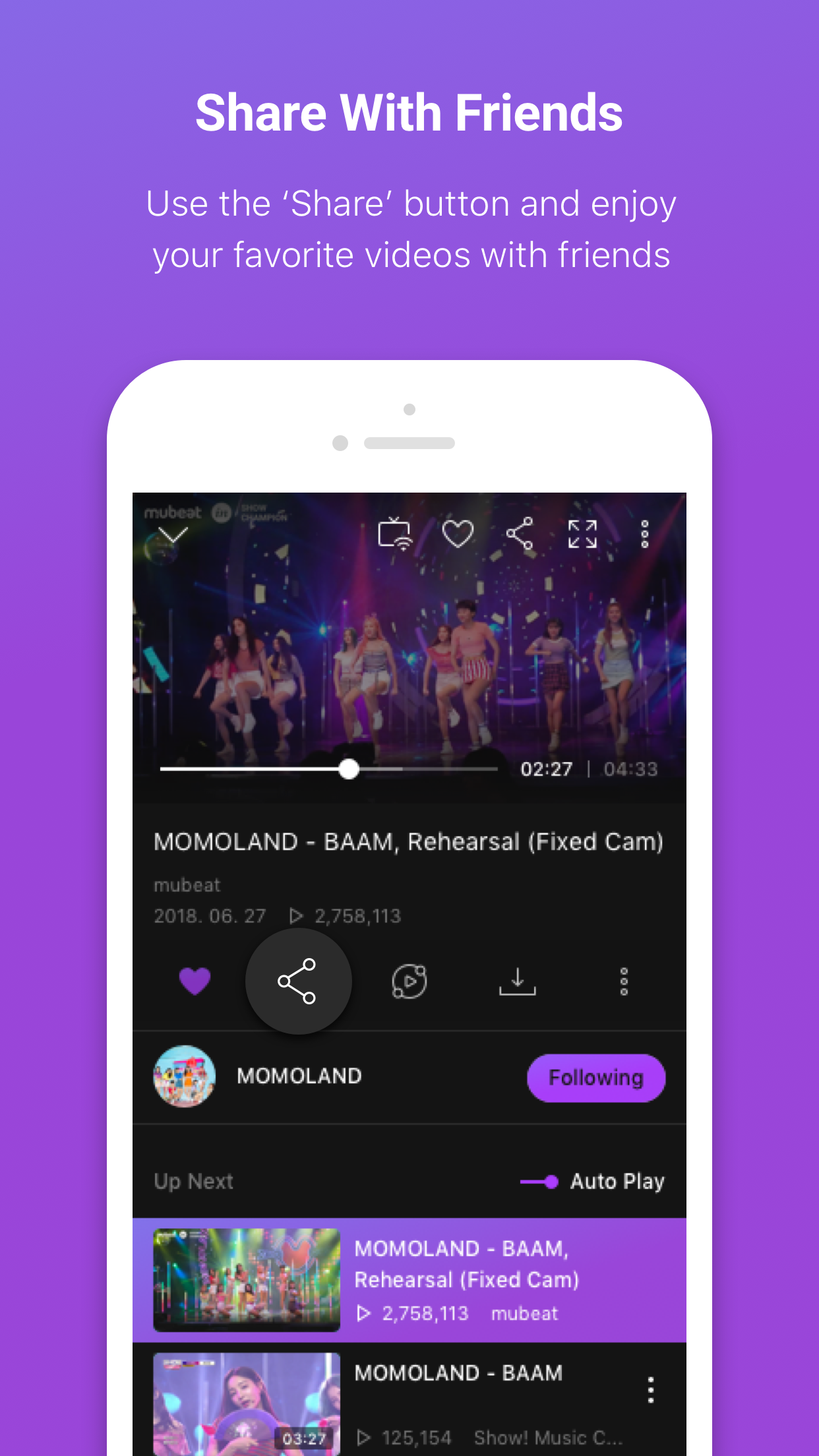 Recently, Mubeat has opened new functions. Such functions are included in Mubeat+ (Mubeat Plus) and aside from their original service, it is a step advanced that includes video download, 1080P HD, and TV connection.

With video download, international fans are free from their frequent inconvenience of video loading. With being able to download 1080P HD, it is a great advantage to be able to watch the KPOP idols whenever, wherever in clear definition without loading. Moreover, watching on a bigger screen with TV connection is possible, which allows the fans to share their favorite clips with their fans in one. 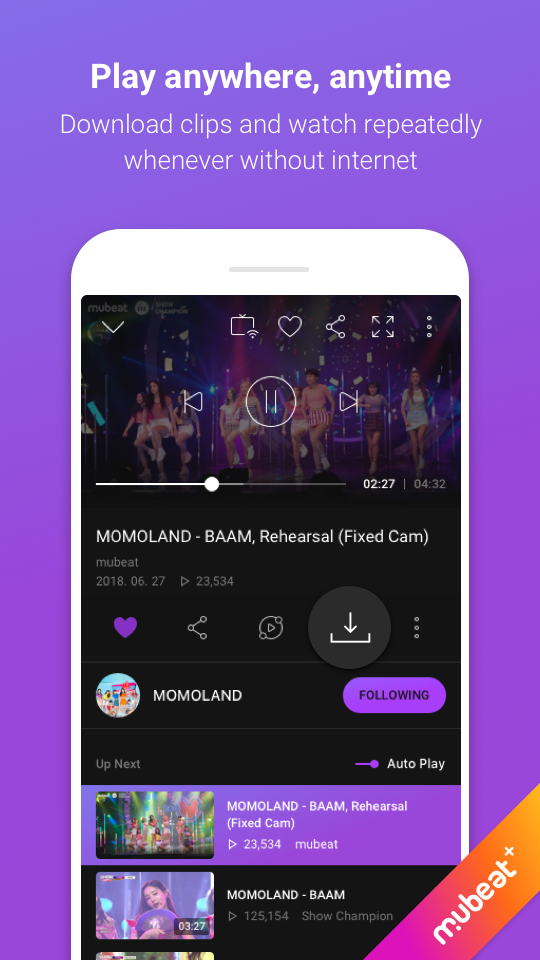 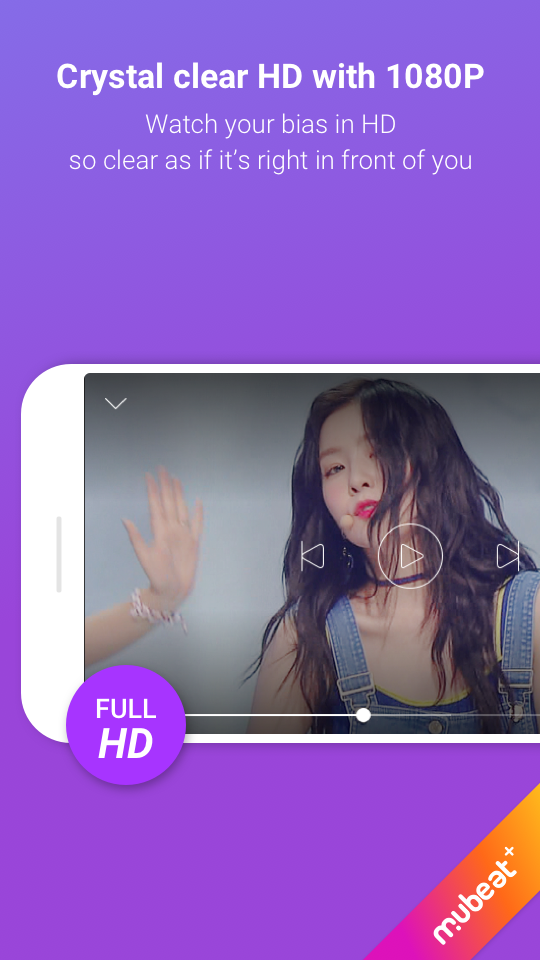 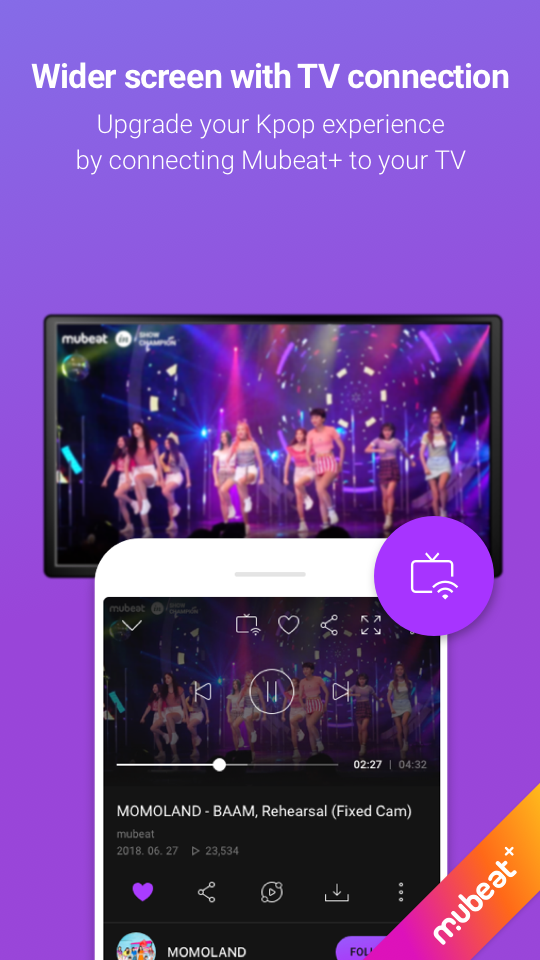 Mubeat is in preparation for service launch in East Asia during July 2019 and in South Korea by this 2019.